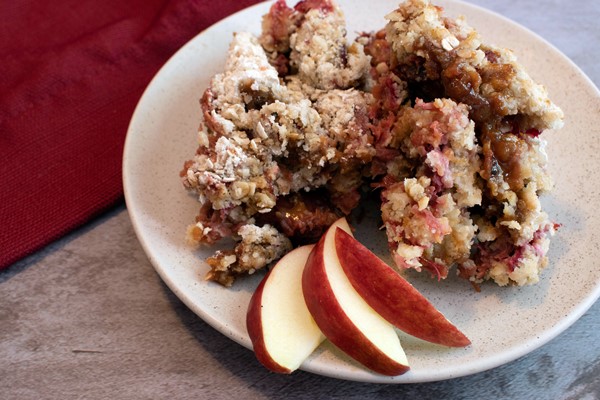 Fruit crisps are just about the easiest dessert going…Like a pie without the fuss. You get that addictive combination of tart, soft, saucy fruit and a crisp, buttery topping plus they take all of five minutes to throw together.

Fruit crisps, or crumbles (whichever name you prefer) are the perfect go-to dessert to feed a crowd.  They’re one of the best ways to showcase and enjoy in-season fruit and easy to whip up.

Rhubarb crisp (any fruit crisp, really) has been an all-time favourite at Crosby’s. Something about the way the fruit bubbles up from under the crust and creates a toffee-like sauce around the edges, and that sweet buttery topping…

If you want to get your kids cooking we would say start them with rhubarb crisp. They can pull the rhubarb, give it one tart bite (so they can understand the magical transformation of rhubarb cooked with sugar) and then get chopping. The topping doesn’t have to come together perfectly to make a great crust.

If you’d like to make a gluten free rhubarb crisp:

Substitute ground almonds or brown rice flour for the flour called for in the topping and to thicken the filling. 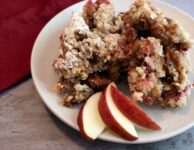 Ginger Cardamom Rhubarb Recipe. Crisp is delightfully spiced and topped with a buttery oatmeal crust. Sweetened with sugar and molasses for added flavour. 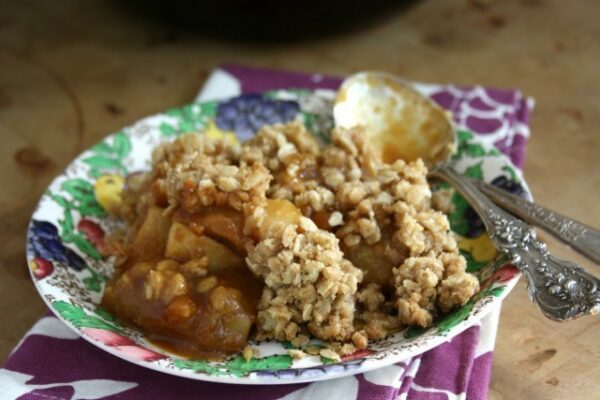 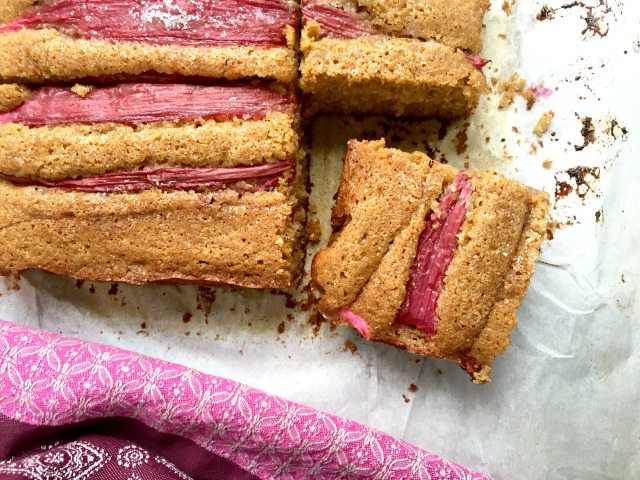