I’m one of the bloggers participating in The Canadian Food Experience Project, a national program that’s helping to identify (or at least add clarity to) a Canadian food identity.

It’s a fun program that has been making me stop and think about what makes some food distinctly Canadian.

Well, if you grew up on the East Coast, chances are you had molasses in your cupboard. For generations it was the principal sweetener in households along the Eastern Seaboard, thanks to the north-south trading with the Caribbean. Back in the 1870’s Lorenzo Crosby started an import/export business in Yarmouth Nova Scotia. (In the late 1890’s he moved the business to Saint John, New Brunswick.) He transported Maritime fish and lumber to the West Indies and the ships returned loaded to the gunwales with puncheons of fancy molasses.

It was used to make rum but it also made its way into what is now traditional East Coast cooking: baked beans, gingerbread, all sorts of molasses cookies, Maritime brown bread and molasses pull taffy.

From the East Coast molasses, and family recipes that called for the sweetener, travelled west in the packs of settlers and took root in regional cooking across the country.

I like to call molasses edible nostalgia since any mention of it sends our memories racing back to our grandmothers’ kitchens.

According to my grandfather, molasses was pretty much its own food group and made its way to the table for every meal. If it wasn’t baked or cooked into something it was drizzled over fresh bread as an after dinner treat. (Whether the molasses goes on before or after the butter is a matter of preference, and much debate.)

I grew up with the smell of molasses cookies wafting through the house and Sunday dessert was often gingerbread cake with fresh berries on the side or a brown sugar sauce. Molasses baked beans with brown bread was a Saturday night staple and gingerbread cookies hung on our Christmas tree.

This is the comfort food of my childhood and forms the foundation of my Canadian food identity.

I love molasses any time of the year but now that we’re in the thick of the summer growing season I enjoy it with fresh fruit. Baked into a gingerbread is a delicious way to make the most of local berries and rhubarb, peaches and more.

Try one of these gingerbread recipes and let me know if molasses is part of your Canadian food identity. The Canadian Food Experience Project began June 7 2013. As we (participants) share our collective stories through our regional food experiences, we hope to bring global clarity to our Canadian culinary identity.

Our favourite gingerbread in a free e-book

32 thoughts on “Molasses and The Canadian Food Experience Project” 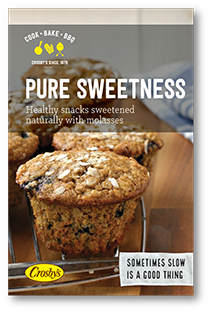 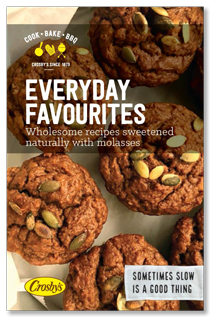